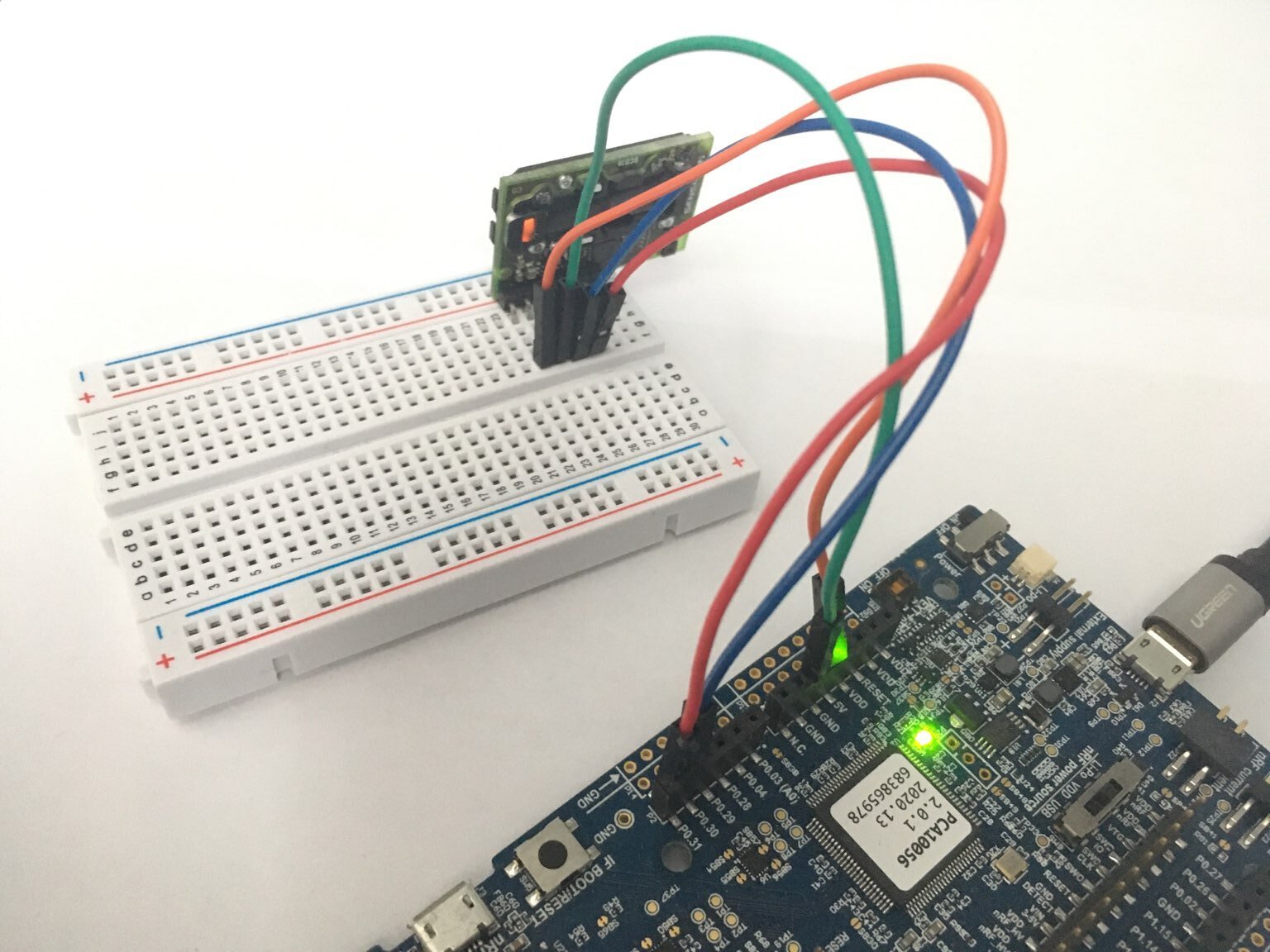 Welcome to the second post in our "testing Embedded Rust" series. In this blog post we'll cover how to test a platform agnostic driver crate.

In the embedded Rust ecosystem, the term driver crate refers to a generic library that interfaces some external component (e.g. sensor, actuator) using a communication protocol like I2C or SPI. The key point here being generic: the library implementation does not contain the platform specific details of how to do I2C or SPI transactions – all those details are hidden behind a trait (Rust term for interfaces). Because driver crates are generic they can be used on a variety of platforms ranging from embedded Linux to small microcontrollers.

Most driver crates in the crates.io ecosystem are generic around the traits found in the embedded-hal crate. This crate covers interfaces commonly found on embedded devices like Serial (AKA UART), I2C and SPI. To use a driver crate you'll need a Hardware Abstraction Layer (HAL) that implements the embedded-hal traits; you can find plenty of HALs for microcontrollers that implement these traits on crates.io. And if you're writing a HAL yourself, we covered how to test a HAL in one of our previous blog posts.

NOTE: The full source code for the example covered here can be found on GitHub.

As an example, let's say you are writing a driver crate for the SCD30, a carbon dioxide (CO2) sensor which, by the way, is one of the tasks in our first knurling session about building an air quality monitor.

For driver crates, we recommend the following folder structure:

The root package (./Cargo.toml) is the driver crate itself. There's a second Cargo package in the target-tests folder; it will be used exclusively for testing. target-tests will be configured for cross compilation using config.toml so do not put these two crates in a Cargo workspace (or you may run into build issues or Cargo bugs).

Let's start by looking at the driver crate. The core of the API will be some generic struct. The SCD30 sensor has an I2C interface so the struct will be generic around the I2C implementation.

Because the API is generic you can compile this crate to Linux, Windows, macOS or to a microcontroller. Having an I2C interface (trait) enables testing the crate on your PC without any embedded hardware at all – not even a SCD30 is needed for this! How? Using a mock implementation to simulate the I2C bus.

Let's say we want to test the get_firmware_version function. The SCD30 Interface Specification (v1.0) states (in section 1.4.9) that querying the firmware version involves these 2 I2C transactions:

In I2C, a host can communicate with multiple devices connected to the same bus (electrical interface). To differentiate one device from another each one has a different address. An I2C transaction (in either direction) starts with a header. The lower bit (bit 0) of this header indicates the direction: read (1) or write (0) transaction. The upper 7 bits of the header are the I2C device address. If we right-shift either of these headers (0xC2 or 0xC3) by one bit (>> 1) we get the I2C address of the SCD30 sensor: 0x61.

The SCD30 response in the read transaction contains 3 bytes. The first two bytes are the firmware version: the first byte is the major component; the second one is the minor component. The third byte in the response is a checksum (CRC) of the first two bytes. The firmware version of the SCD30 is always 3.66, in MAJOR.MINOR format, according to the Interface Specification (v1.0) document.

Now let's see how to use the mock to test this functionality.

Note that first argument of the Transaction constructors is the SCD30 I2C device address, not the header of the transaction.

Once we have an I2C mock we can instantiate the Scd30 driver with it. We'll then call the get_firmware_version method on the driver and assert that it returns version 3.66.

Once we are done using the mock we need to call its done method. This method verifies that all the expectations were used; if they were not, the method panics which fails the test. The i2c::Mock will also panic if you try to perform a transaction not listed in the set of expectations it was constructed with.

If you cargo test your crate and correctly implement the get_firmware_version method then the above test should pass!

The cool thing about using a mock is that you can simulate failures that would be hard to produce with real hardware. For instance, it's unlikely you'll be able to make the SCD30 sensor report a bad checksum in its responses and it would be hard and costly to inject interference in the I2C bus to flip some bits in the sensor response. But with a mock you can easily simulate these errors and verify that your driver crate behaves correctly in these scenarios. Let's see how to do that for the get_firmware_version API.

Here we have a test that's similar to the previous one but includes a fake error in the SCD30 response: the third byte, the CRC, is negated, meaning all its bits are flipped. This should be detected as an error by our Scd30 driver because the checksum is invalid so this time we assert that get_firmware_version returns an InvalidCrc error.

The fact that you can use mocks to test the driver crate code does not mean that should exclusively use mocks to test your code. Wherever possible you should extract the parts of your code base that are pure, meaning they do not perform side effects like I/O. These parts can then easily be tested using stock testing functionality - without the overhead of using mocks.

A great example of this in the SCD30 driver crate is the checksum functionality. All responses from the sensor include a CRC8 checksum; the Interface Specification document describes how to compute it and includes some examples. In this case, you can refactor the CRC computation into a helper function that's used in functions that involve I2C communication. The helper function is pure: it takes some bytes and returns one byte, so it can be tested in isolation without mocks.

Now it's time to confront the implementation, so far only tested on the host, with reality. The idea is to instantiate the Scd30 drivers with one of the existing HAL crates, instead of a mock, and test that.

This part requires actual hardware: in this example, in addition to the SCD30 sensor we'll use the nRF52840 Development Kit (DK). These real hardware tests will live in the target-tests folder we previously created. That folder is configured for cross compilation and set up with probe-run and defmt-test for on-target testing. We'll use the same setup as in our previous blog post so we won't repeat those steps here.

We have wired the dev board and the SCD30 as follows:

Below is the HAL configuration of the nRF52840 microcontroller on the development board.

This one of the tests: it checks the firmware version of the SCD30.

Now, don't be surprised if the driver implementation works with real hardware on the first try! It happens often if you test it with mocks first, in our experience.

How should one go about testing the rest of the Scd30 API that involves operations like reading the CO2 concentration? There's probably not an expected response when testing the rest of the SCD30 functionality but simply asserting that the rest of the API returns Ok and not e.g. blocks forever or returns some I2C or CRC error is a great start. In the case of the CO2 concentration, you could assert that the returned f32 value is within some reasonable range (e.g. less than 1,000 parts per million indicates good air exchange in indoor spaces) and that is not a NaN value or infinity.

In this post we have seen how to test a driver crate without additional hardware using mocks and with embedded hardware using (defmt-test) on-target tests.

Knurling-rs is mainly funded through GitHub sponsors. Sponsors get early access to the tools we are building and help us to support and grow the knurling tools and courses. Thank you to all of the people already sponsoring our work through the Knurling project!

Using Rust to build a network