3 min read
Do you need help with coding?

This is the eighth changelog for Knurling-rs, our push to sustainably build better tooling for developing and debugging Rust software for embedded systems. Knurling-rs includes a suite of tools that make it easier to develop, log, debug, and test your embedded Rust libraries and applications!

With #266, defmt now has its own version of panic!-like and assert!-like macros which will log the panic message using defmt and then call core::panic! (by default).

As of #110, the the output of defmt::assert_eq is also diff'ed and colorized based on the assertion result when using probe-run. 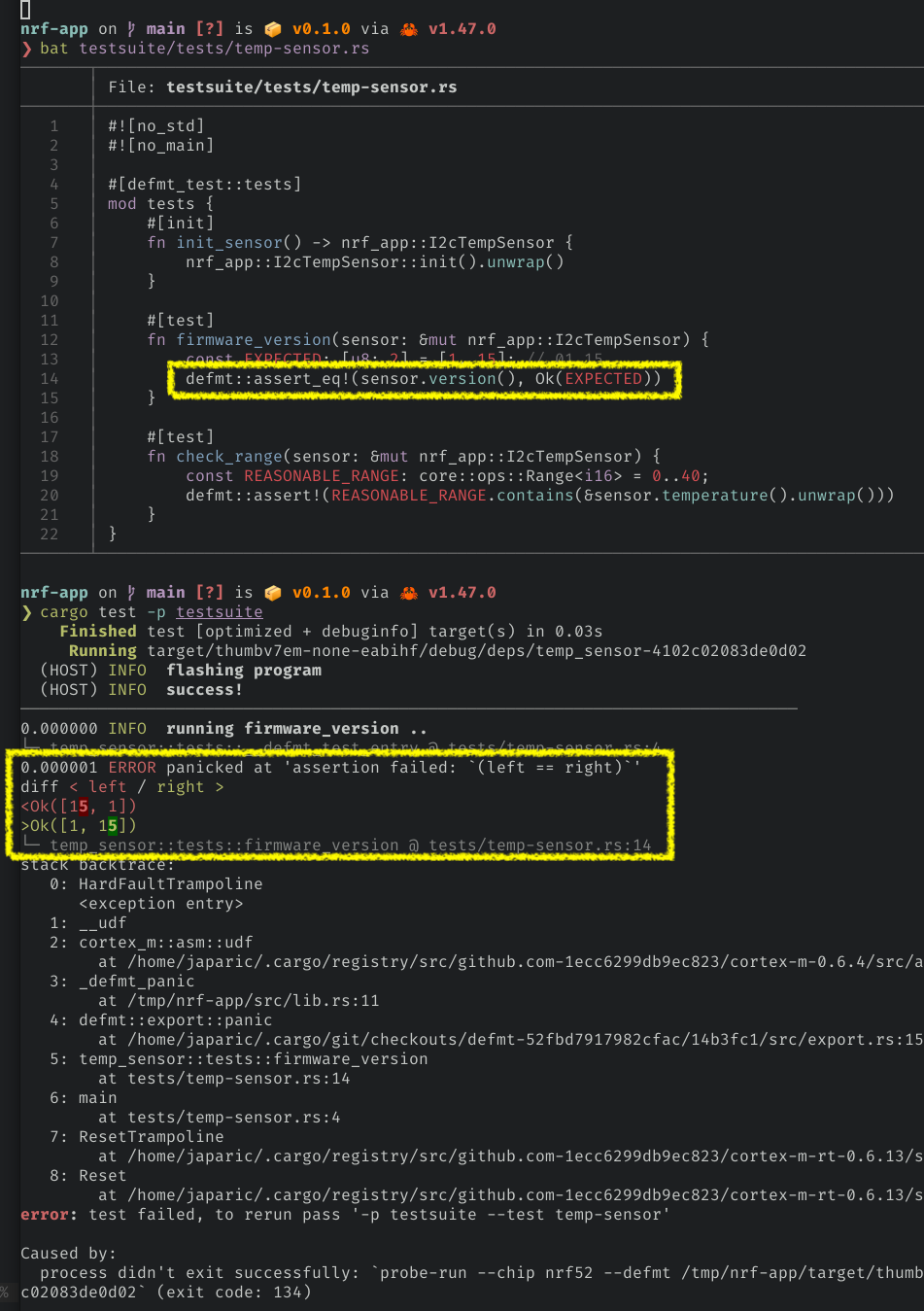 defmt now has an unwrap! macro which can be called on Result and Option types. #273

It behaves the same as the standard unwrap() but prints the result with defmt. You can also use it to emulate the behavior of expect().

However, the invocation looks a bit different:

In this week's knurling-sessions we're adding a piezo buzzer to get an acoustic warning if the CO2 levels in your room are critically high.

Sponsors can check them out in the Red Alert! chapter of knurling-books (check the sponsors dashboard thread for credentials and discussions)

We've bumped the versions of our crates.io releases as a result of the changes listed above. They have changed as follows: