Knurling
A tool set to develop embedded applications faster.
Details
Do you need help with coding?

This is the seventh changelog for Knurling-rs, our push to sustainably build better tooling for developing and debugging Rust software for embedded systems. Knurling-rs includes a suite of tools that make it easier to develop, log, debug, and test your embedded Rust libraries and applications!

defmt-test is a no_std test harness that helps you write unit tests that will run on your microcontroller. 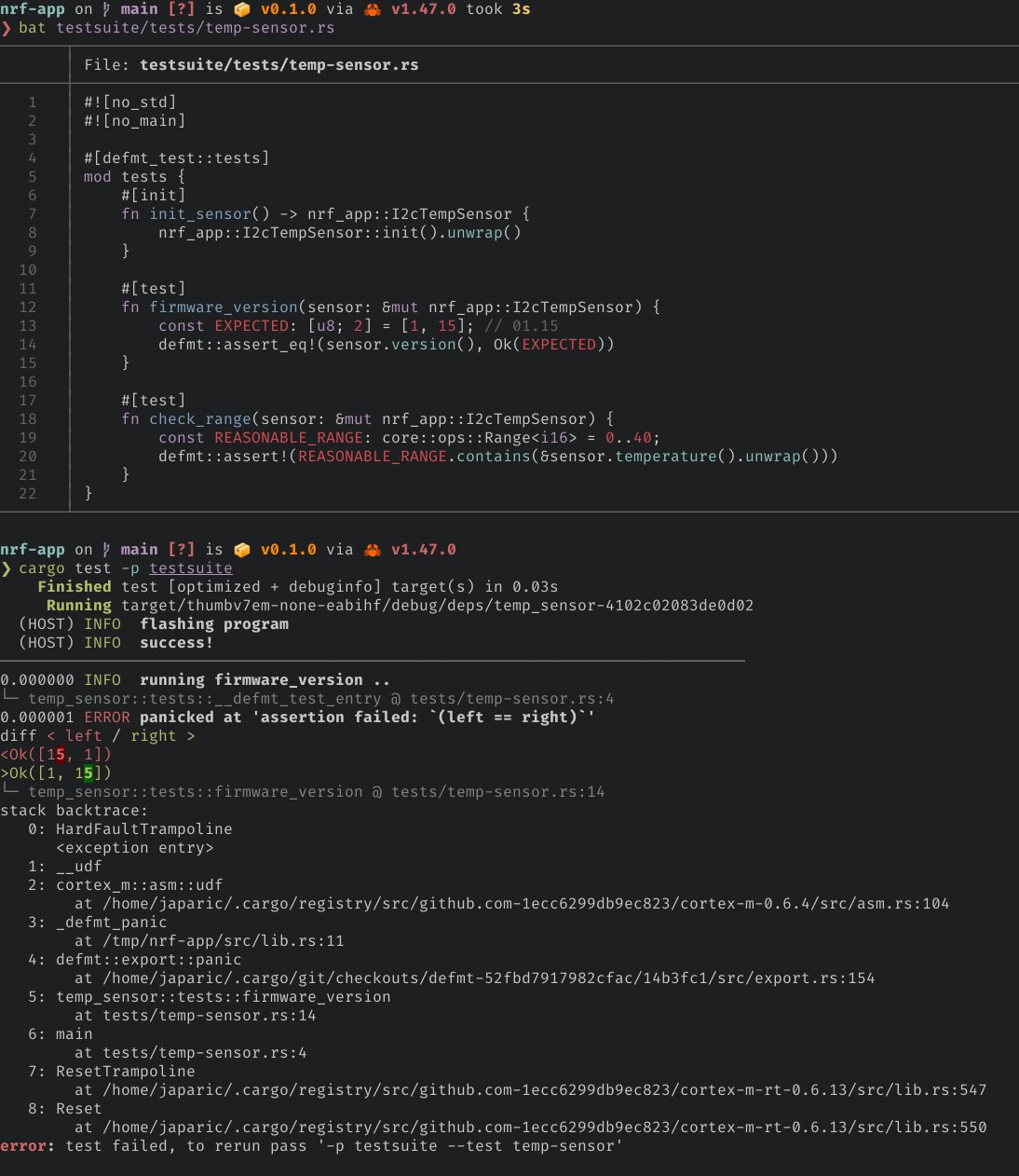 This new release of defmt, the resource efficient logging framework for embedded devices, ships a single fix. The bug that was fixed probably only affected a small number of new users but we considered that high priority so we quickly released a new patch version to fix the issue.

The new version of probe-run – a tool for running, testing and debugging Rust firmware that integrates into your Cargo workflow – brings some fixes and as well as some improvements.

More details about the fixes and improvements can be found below.

Did you know we store JSON in the ELF file produced by rustc? This JSON doesn't end up in you microcontroller Flash but our tooling relies on it to decode log messages sent by the microcontroller.